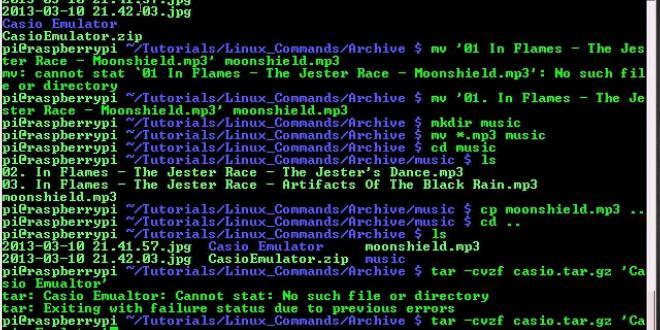 There is no doubt that you will not be able to work on Linux if you do not know the command lines. You do not have to have Linux beards to work on the software. You will have to be familiar with the most common Linux commands in order to kick start with Linux. This is why we have compiled the set of shell commands that you need to know as a beginner in this article. With these few basic and most commonly used commands, you will get the knowledge about which commands to use where in order to work on Linux.

The short form of stream editor is the sed command. If you are looking to write a program to make changes in a certain file, then sed tool will be very helpful. It is a special Linux command editor tool to make changes to the files automatically. You should know more about sed as it is a very useful tool for beginners. There are many commands that sed offers. But, most of the people only learn and make use of the s command, which is the substitute command. Sed will help in filtering and transforming text.

This command will change the day in the previous file to night in the new file.

awk is the short form of  “Aho, Weinberger, and Kernighan,” which is a programming language that will help you  to process text. This programming language is commonly used to scan patens and for text processing. It will carry out searches for many files to see if the files have lines that match certain patterns. Once he files are located, it will perform the actions as per instructions. The awk language has loops, variables and conditionals like you find in other common languages. It can also perform arithmetic and string operations.

Here, the search pattern is the regular expression; Actions – statements to be performed; file – Input file.

The lines of the file text.txt that are longer than 72 characters will only be printed.

All the content in file1 will be translated into uppercase using the tr command.

This command means that the contents in file1.txt and file2.txt will be read and displayed in order on the screen.

Echo is a built-in and widely used command for Linux C shells, ksh, csh and bash. It is used to display the lines of a text. It is widely used in batch files and scripts. It can also be used as an individual command whenever you want to insert a text.

The output will be: Here  I  am  feeling   lonely.

This command will direct the output to a new file called myjoinedfile.txt.

To sort the lines in alphabetical order, you need to key in sort data.txt and you  will get output as:

grep is the short form of ‘global regular expression print’. It will search the input FILEs for any lines that matches with the given PATTERN and prints the matching lines.

wc is the short form of the world count command in Linux/Unix OS. The program will read the details in the list of files or the input file and will show out the following details like: byte count, word count and newline count.

Linux is fast becoming one of the most popular computer operating systems. This free and open source[...]

Save Money with Cheap VPS Hosting

Virtual Private Server (VPS) is the best option you can make use of as a small or a medium sized bus[...]

There is a huge demand for VPS hosting servers now. The demand for this serve stems from the fact th[...]
Disclosure: We are an independent Web Hosting Reviewing site and receive compensation from the companies we review. We list the providers after reviewing their offers.
© Copyright 2020, All Rights Reserved